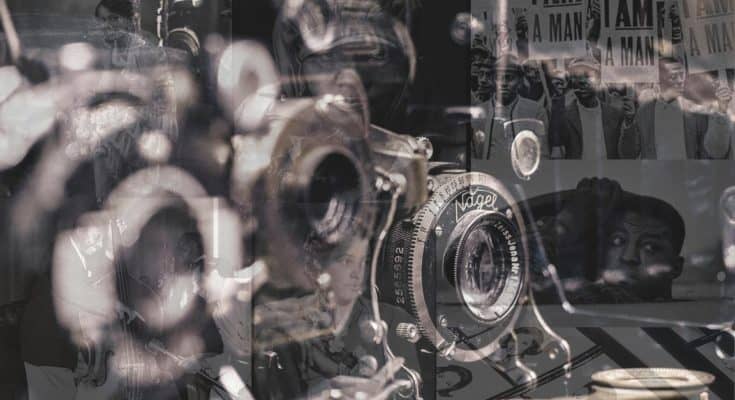 Black photographers have been capturing images since 1840, one year after the invention of the daguerreotype process. Since then, they have played an integral role in how African Americans visualized themselves. All the following and more have been an inspiration for me to continue my photographic journey.

Photographer, musician, writer and film director who became the first African American photographer for Life and Vogue magazines. He also produced Photographic essays for Life magazine. Among his many works, he directed the 1971 movie Shaft.

“I picked up a camera because it was my choice of weapons against what I hated most about the universe: racism, intolerance, poverty.” – Gordon Parks

Roy started as a visual artist, having formally studied painting, architecture and sculpture. His early photography captured the lives of African Americans and jazz musicians in New York. In 1963 he co-founded and was the first director of the Kamoinge Workshop, which was founded to support the work of black photographers.

“There were no black images of dignity, no images of beautiful black people. There was this big hole. I tried to fill it.” – Roy DeCarava

Prentice Herman Polk, from 1933 – 1938, served as head of the Tuskegee Institute’s Department of Photography. During that time, he chronicled the lives of famous African Americans such as George Washington Carver, as well the working-class and poor of Alabama. Polk’s style consisted of sharp details and strong lighting which highlighted his subjects. One of my favorites is “The Pipe Smoker”.

The photographer and filmmaker was born in Portland, Oregon. When she was 20 years old, she received her camera, a birthday present from her boyfriend. Her images focused on serious issues that face African Americans such as racism, sexism, politics, and personal identity. One of her notable works was a series called, “The Kitchen Table”.

“Despite the variety of my explorations, throughout it all it has been my contention that my responsibility as an artist is to work, to sing for my supper, to make art, beautiful and powerful, that adds and reveals; to beautify the mess of a messy world, to heal the sick and feed the helpless; to shout bravely from the roof-tops and storm barricaded doors and voice the specifics of our historic moment.” – Carrie Mae Weems

Born as a free man in New Jersey, Augustus became one of the most talented black photographers in Connecticut in the mid-1800s. There he excelled in daguerreotype, even having a successful portrait studio. Heavily involved in the abolitionist movement, he is credited with shooting a portrait of abolitionist John Brown. He emigrated to Liberia in 1853, where he worked as a teacher, store owner, and daguerreotypist.

He began photographing when he was fourteen, having won an eight-dollar box camera. He went on to be known for his portraits of black New Yorkers, and he was a key figure in documenting the Harlem Renaissance. One of his best known photos is of a black couple in fur coats, sitting in and standing near their expensive car.

He was born in Vicksburg, Mississippi. In 1935, he received his first camera as a birthday present, while playing bass in Cab Calloway’s Band. Because he was an accomplished jazz bassist, he became the first known jazz musician/photographer. This allowed him to shoot exclusive candid backstage shots of well known musicians. For more than half a century, he photographed musicians and singers, including some of my favorites, John Coltrane and Billie Holliday.

“There’s only one bass player in a band. I’m the best bass player of any band I’m in.” – Milt Hinton

Moneta was a press photographer best known for his work as a staff photographer for Ebony magazine. He made history for black photographers when he was awarded the Pulitzer Prize for his photograph of widow Coretta Scott King and her daughter, at the funeral of her slain husband Dr. Martin Luther King Jr.

Cole graduated from Storer College in Harpers Ferry, West Virginia in 1905. After graduation, he found it difficult to find work. He moved to Cleveland, Ohio and in 1922 Cole became one of the first black photographers that owned a studio in the area. His portraits were in great demand. His studio slogan, SOMEBODY, SOMEWHERE,  WANTS YOUR PHOTOGRAPH became his signature. He excelled in family photography, providing insight into Cleveland’s black community.

After graduating from Ohio University (where he studied photography), he moved to New York City. Stewart was best known as a jazz photographer. He photographed jazz musicians and singers both onstage and at his studio. Chuck photographed pretty much every musician active between 1950 – 1980. He developed a distinctive style of abstract patterns created by using framing, lighting, musical instruments, microphones, and reflections.