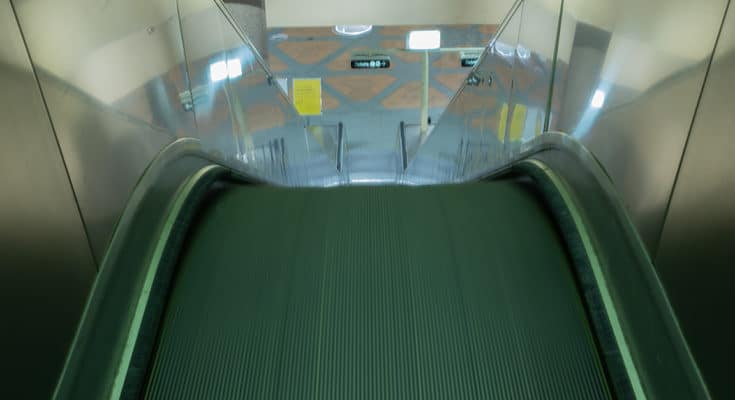 Night photography comes with its own set of challenges.

Normally, photography is done during the day – when there is light. So, most people are unaware that taking pictures at night is something that photographers do. They perceive a person walking around with a camera and tripod at night as a little suspicious.

I was walking around Melbourne at night with my camera and tripod. I had my camera pointed at a down escalator. There were people going down on a regular basis. So, I had to keep moving the tripod. After a few minutes, I was approached by two Australian police officers that inquired as to what I was doing. Concerned that I was a threat to the subway terminal, they asked if I had gotten permission from the transit authority to shoot. When I informed them that I was a tourist and was simply taking pictures, they left me alone. I left shortly after, because I didn’t want any more problems.

If you’re in a city, you have lights: street lights, storefronts, restaurants, etc.. So, navigating isn’t that difficult. But, in other instances where light is limited or nonexistent – getting around in the dark is hard and potentially dangerous. Depending on where you are there could be tripping hazards (rocks, logs, holes) and even wild animals.

We were at the Harmony Borax Works at Death Valley National Park. It was pitch black; so, we could see anything! We were on our way to the car after we finished shooting. As I turned headlamp towards the darkness, I saw a pair of glowing eyes. We figured they belonged to a coyote. It was a bit unnerving, because it was there the whole time we were shooting. It knew we were there, but we had no clue.

In addition to the police, when you are in more populated areas (like cities), you have to deal with the occasional question from passersby. That is more of a night photography annoyance than it is a challenge, but it is worth mentioning. Mostly, people just give you odd looks and keep going. Remember, you look more like a terrorist than a photographer.